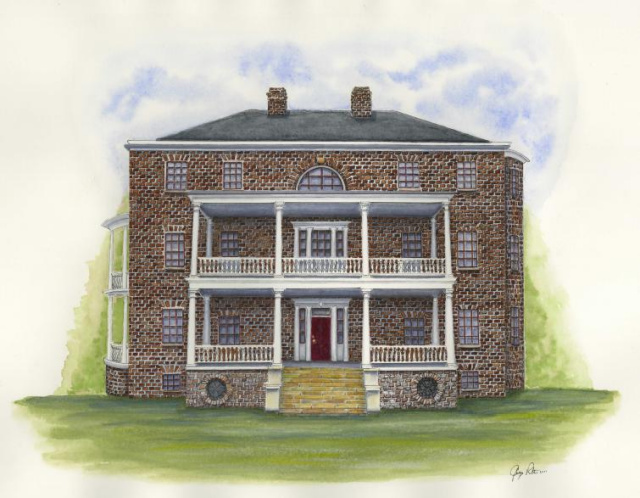 Joseph Manigault House c. 1803 350 Meeting Street was originally built as the home of Joseph Manigault, a prominent planter in early Charleston. The house is significant for its Adam style architecture, and was designed by Gabriel Manigault, brother of Joseph Manigault, in the manner of a Neoclassical suburban villa. The house stands three stories atop a high basement with a curvilinear bay on the north side providing entry door and Palladian window, another curvilinear bay on the east side, a semicircular double-tiered piazza on the west, and a rectangular piazza on the south facing the garden. In 1920, the house was threatened with demolition to make way for a gas station. In response, a group of Charlestonians organized a preservation group that saved the house which was later declared a National Historic Landmark in 1973. Today the house is operated as a historic museum house by the Charleston Museum.